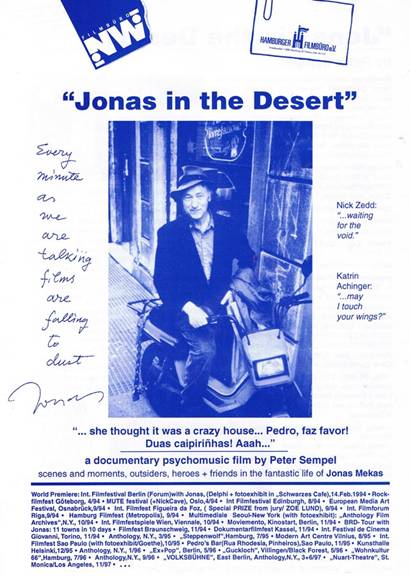 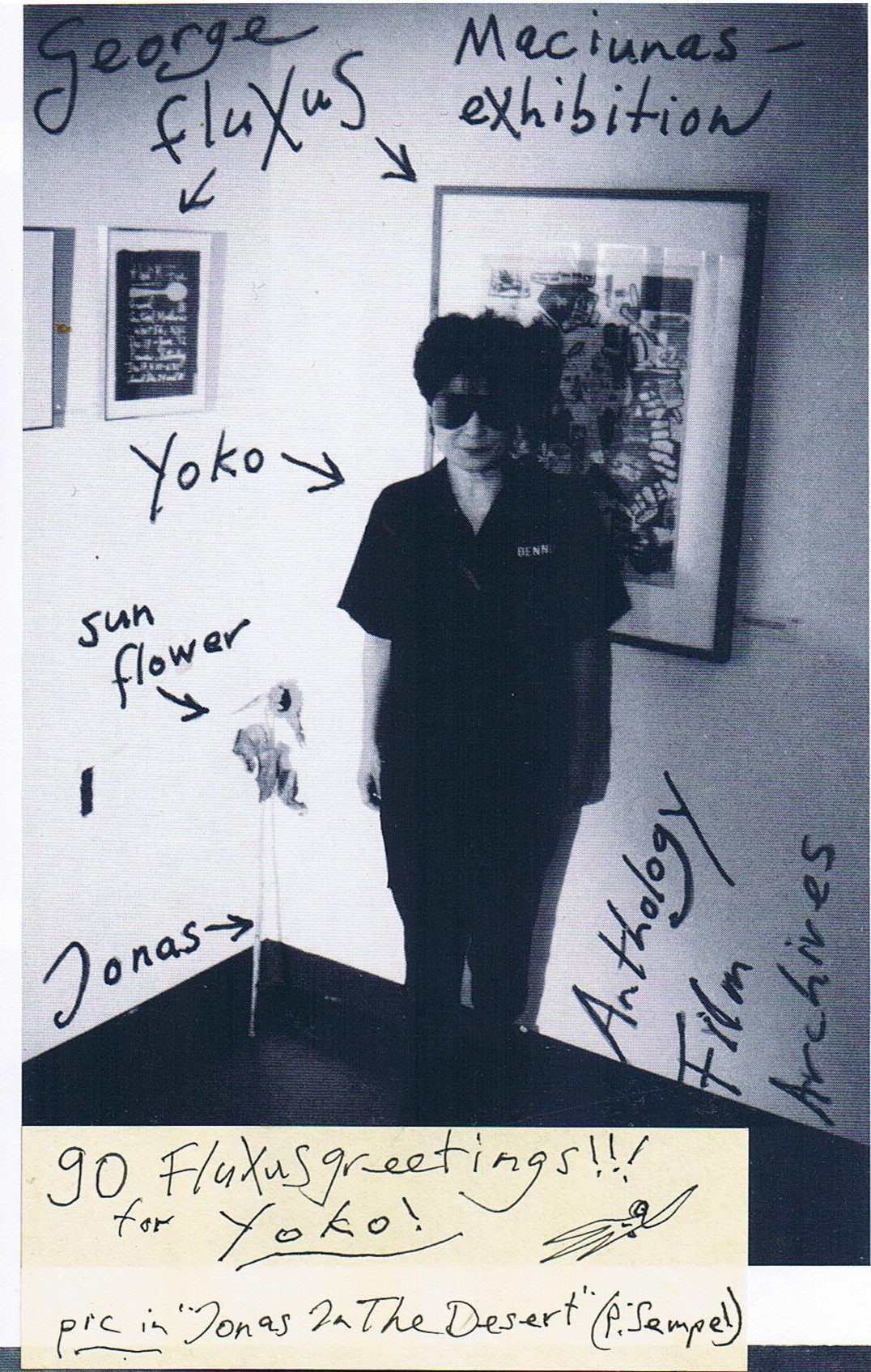 JONAS IN THE DESERT Information (Site in progress)

with Jonas Mekas, Delphi-Cinema (sold out)

First scene with Jonas was infront of my Arriflex-camera 16mm, as a guest for dancer Kazuo Ohno  “Just Visiting This Planet”. Exactly 1 minute sitting on his high refrigerator, with his head directly next to the big old round clock (like at a trainstation.), (1989 or `90).

I had asked Jonas to look straight into the camera for the 1 minute, and he did it(!),…for normal people it´s very difficult and to stay relaxed…

For the sound of the clock-scene Jonas reads a short story about Adam and Eve in .

Jonas was “perfect” guest in the Kazuo-film…

After the little scene Jonas remarked: “Why don´t you make a film about me?”… like saying. “heh, give me the apple over there.”

Without thinking I said yes. Then I asked other people, what they think, just about everybody said: ”Don´t do it. No good idea.. Jonas is ‘out of it’, and I thought …, I think I thought, actually I didn´t think, but now I think I said yes, cause I liked his face, voice and smile.

And he had already quite often shown my film Dandy at Anthology Film Archives, so he knew somehow what I was about…

One of the first guests in the Jonas-film was Allen Ginsberg, who had also seen Dandy, in which he, I think(…), adored Blixa Bargeld. Allen wrote a supportletter for a City-grant in , and they helped the project (90min “…Desert”), and then I was lucky to meet a great cameraman, Jonas Scholz, who worked for moneyfilms, but I liked him, and his eye.

It was somehow a snowball, many old and young friends participated.

Also I met Jonas at Int.filmfestivals, f.ex in Torino, with Kenneth Anger, Gozo in , who lived there read from “I Had Nowhere To Go”, … it was a big adventure and actually I was just about finding out about Jonas. Before I had known very little about avant-garde and filmhistory… I also filmed him at home, with Sebastian and Oona, and friends coming along, many friends from quite different worlds…, but all very sensitive and goodhearted (mostly), and intellectuals,… and independents.  The Marsbar across from Anthology was a great little punkish musicbar, where again you met all kinds of people. … Sometimes I stayed at the , great energy… those days for between 40 and 50 dollars.

Wonderful trip with Jonas for the weekend at Peter Beards place at Montauk… (how goodlooking can one be!... ), great guy, I filmed him painting and scribbling and glueing…). Jonas often showed films, discussed them, held speaches, f.ex. at the Whitney…, Nam June Paik und Fluxusfriends performed at Anthology, some very serious, but most quite humouros. 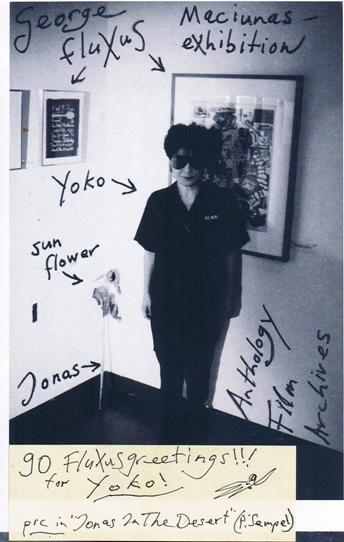 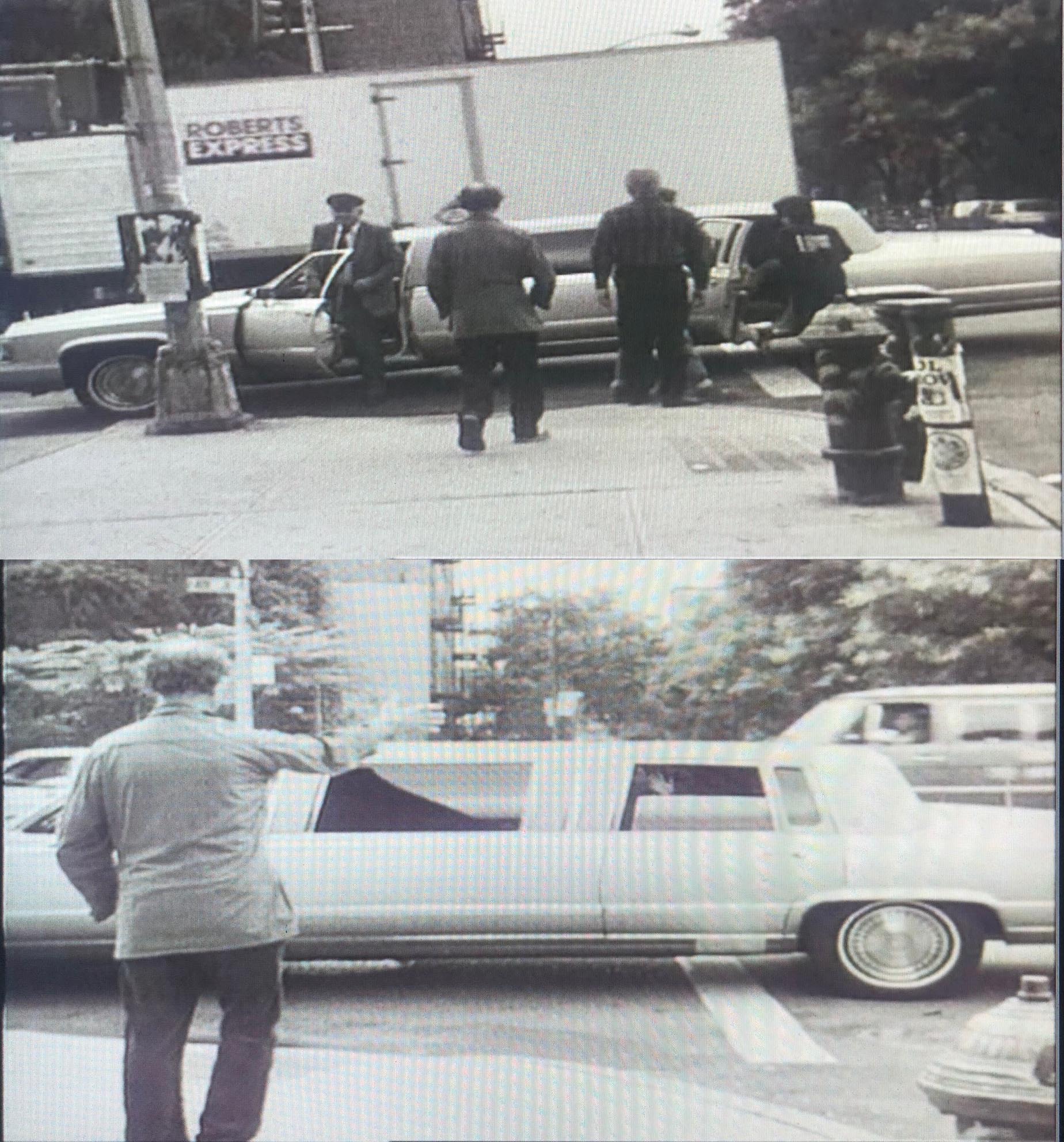 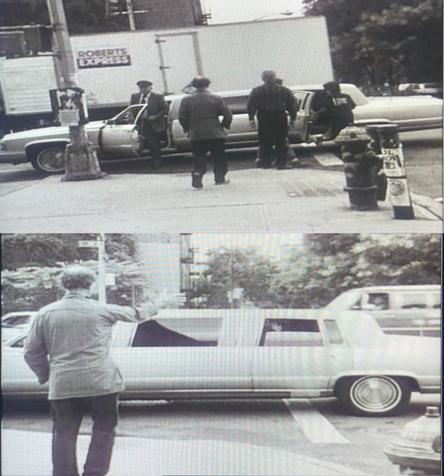 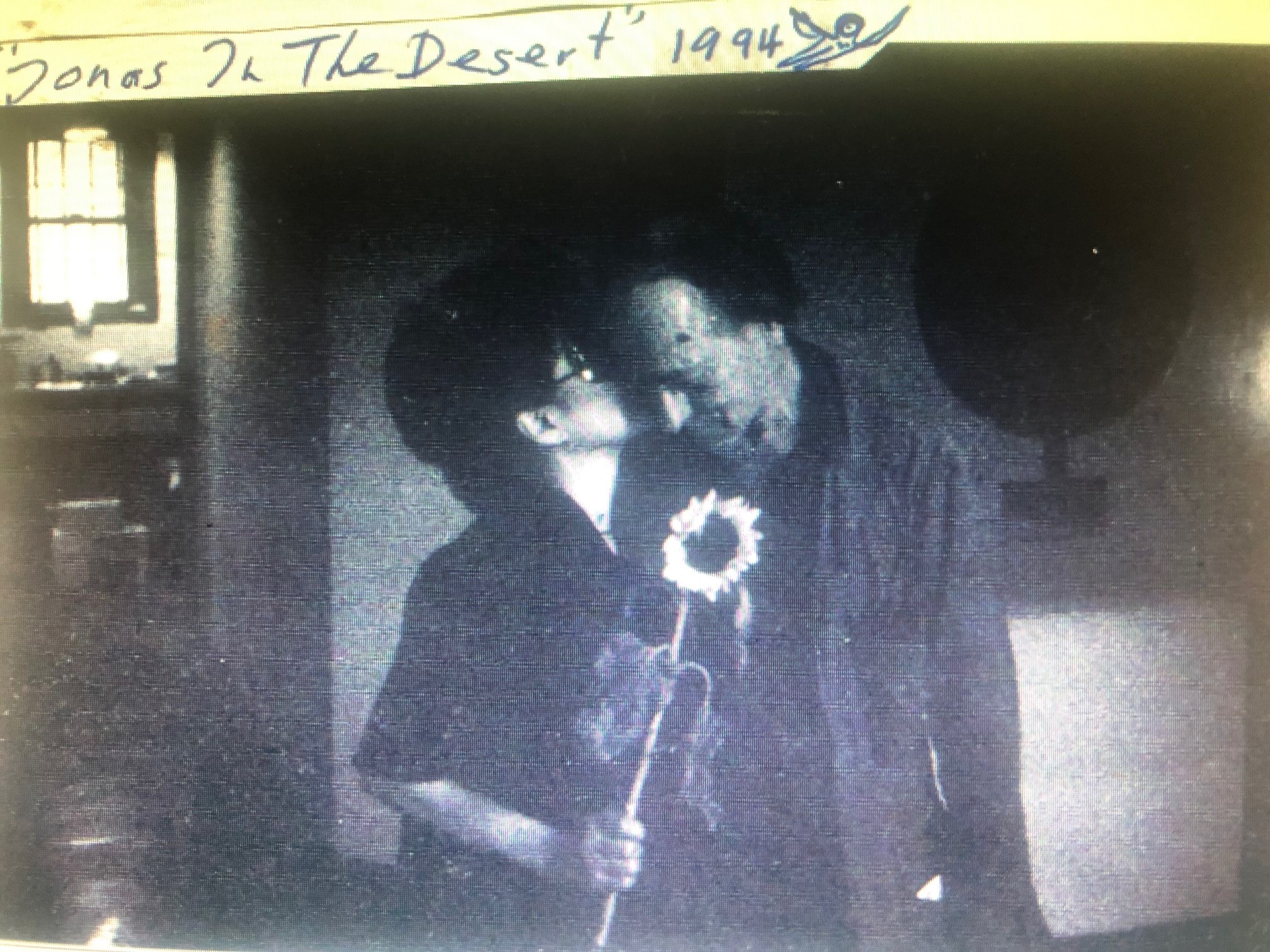 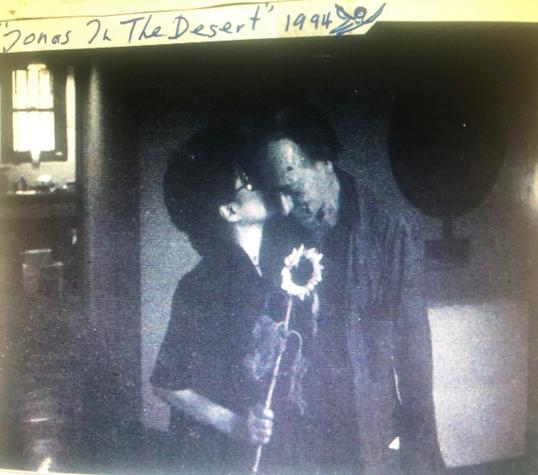 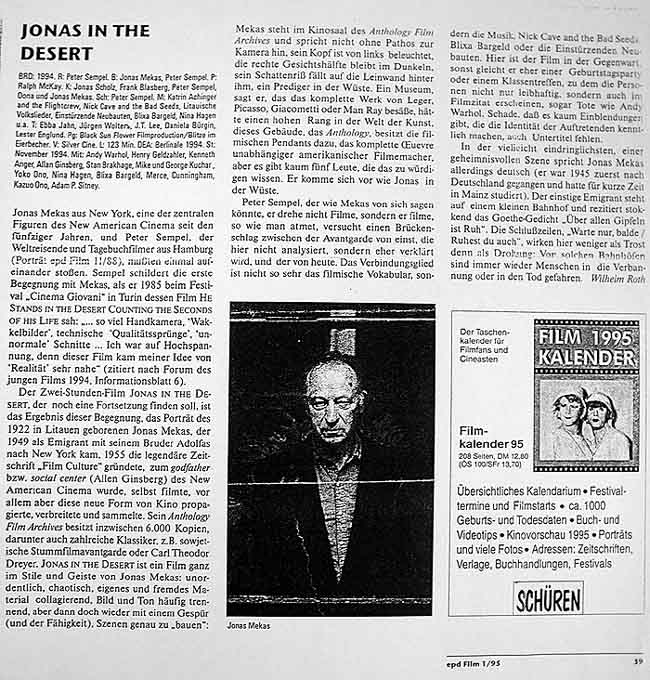 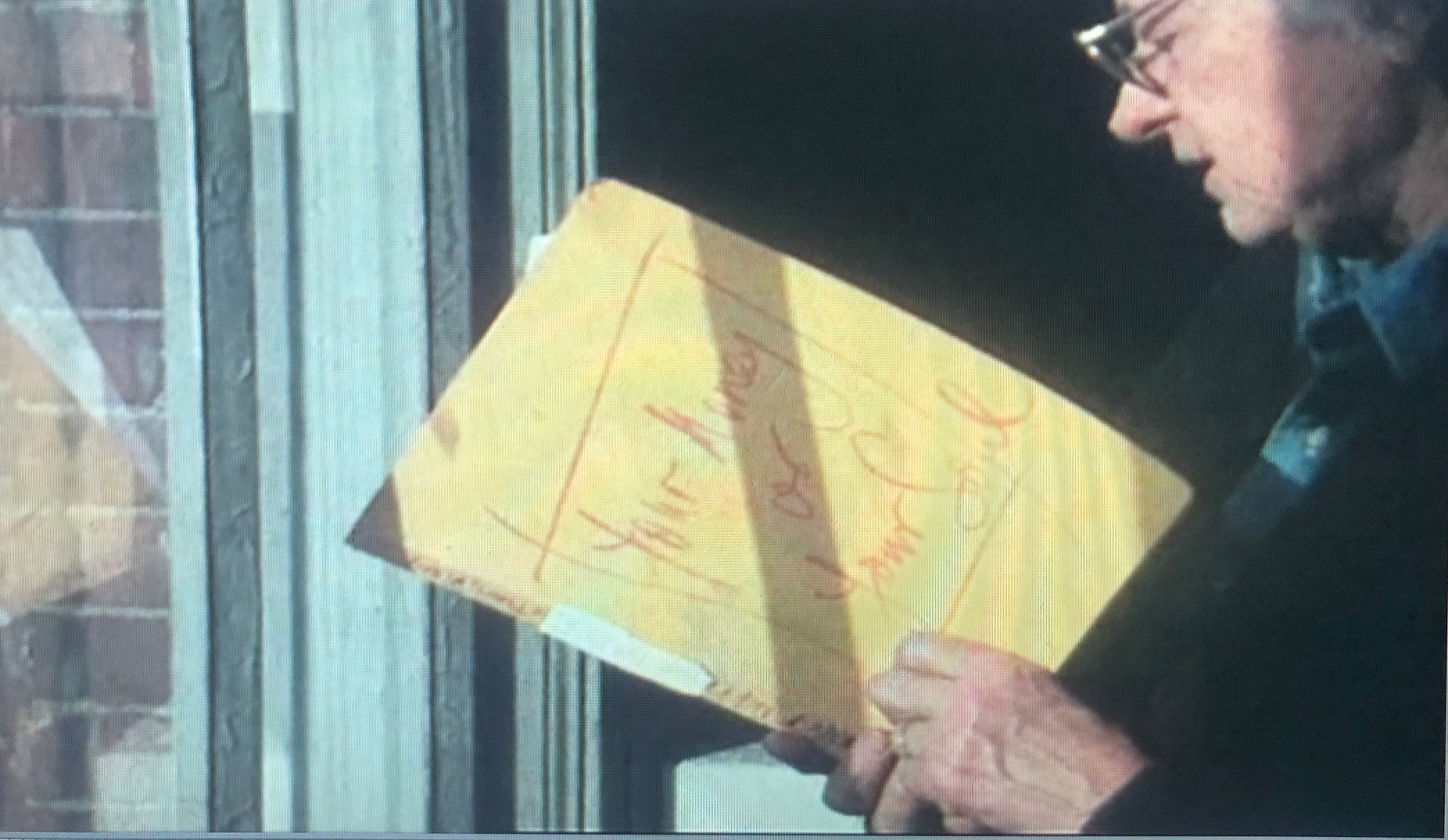 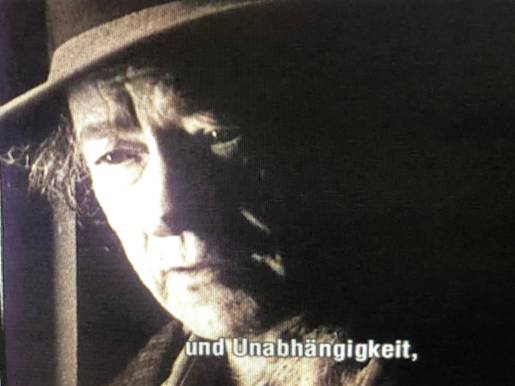 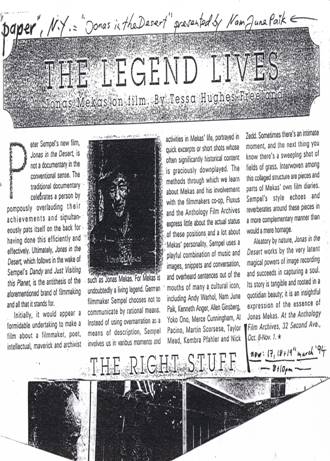 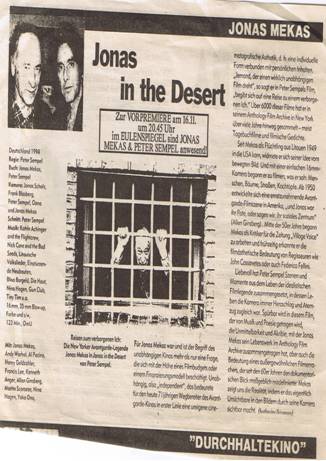 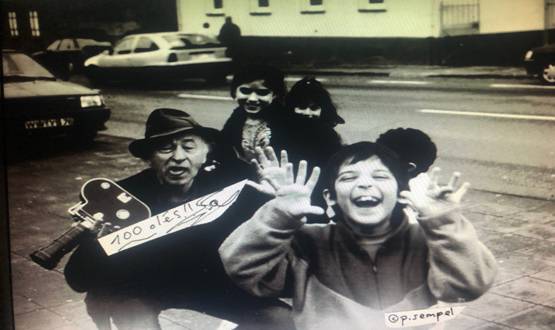 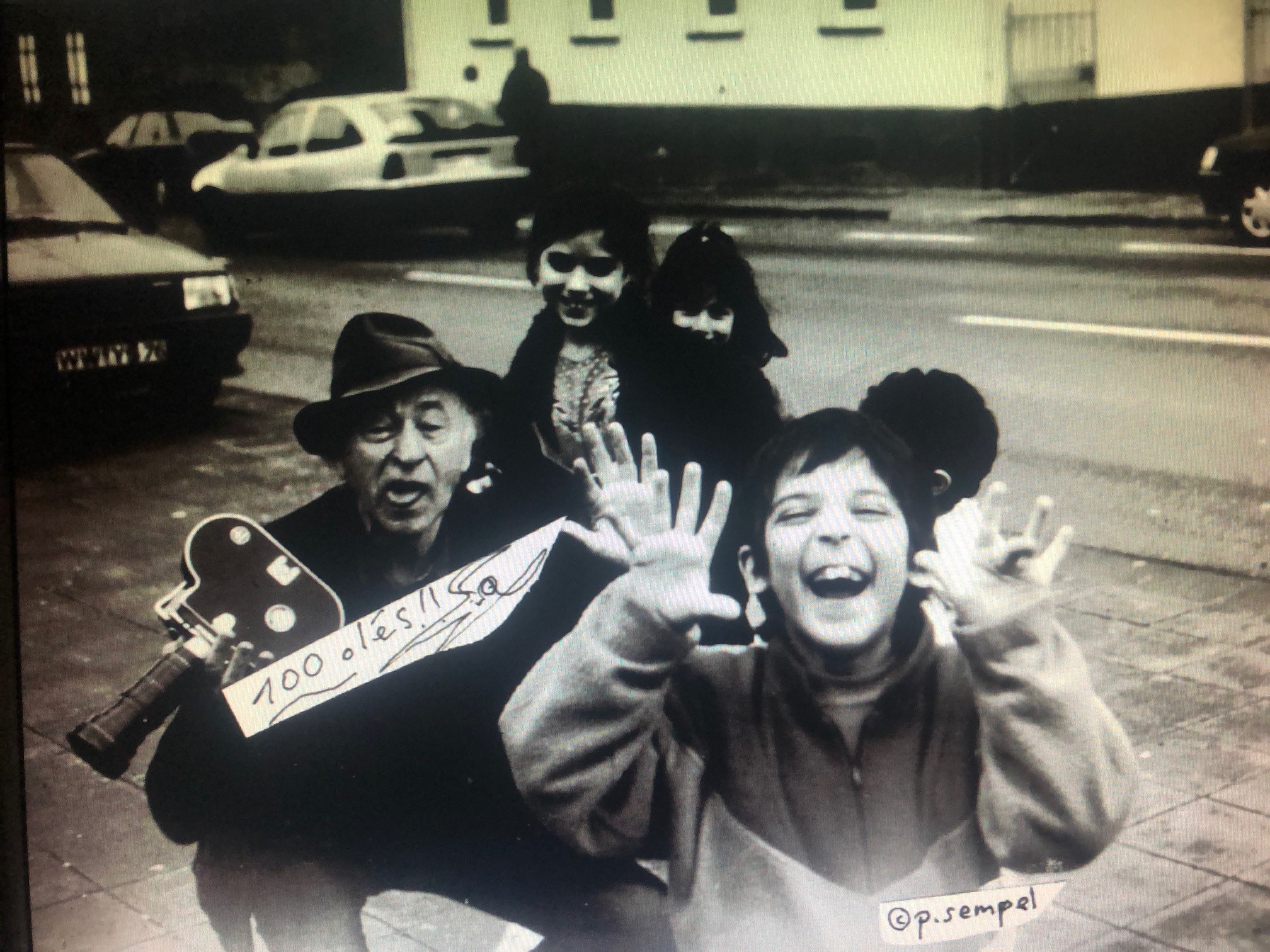 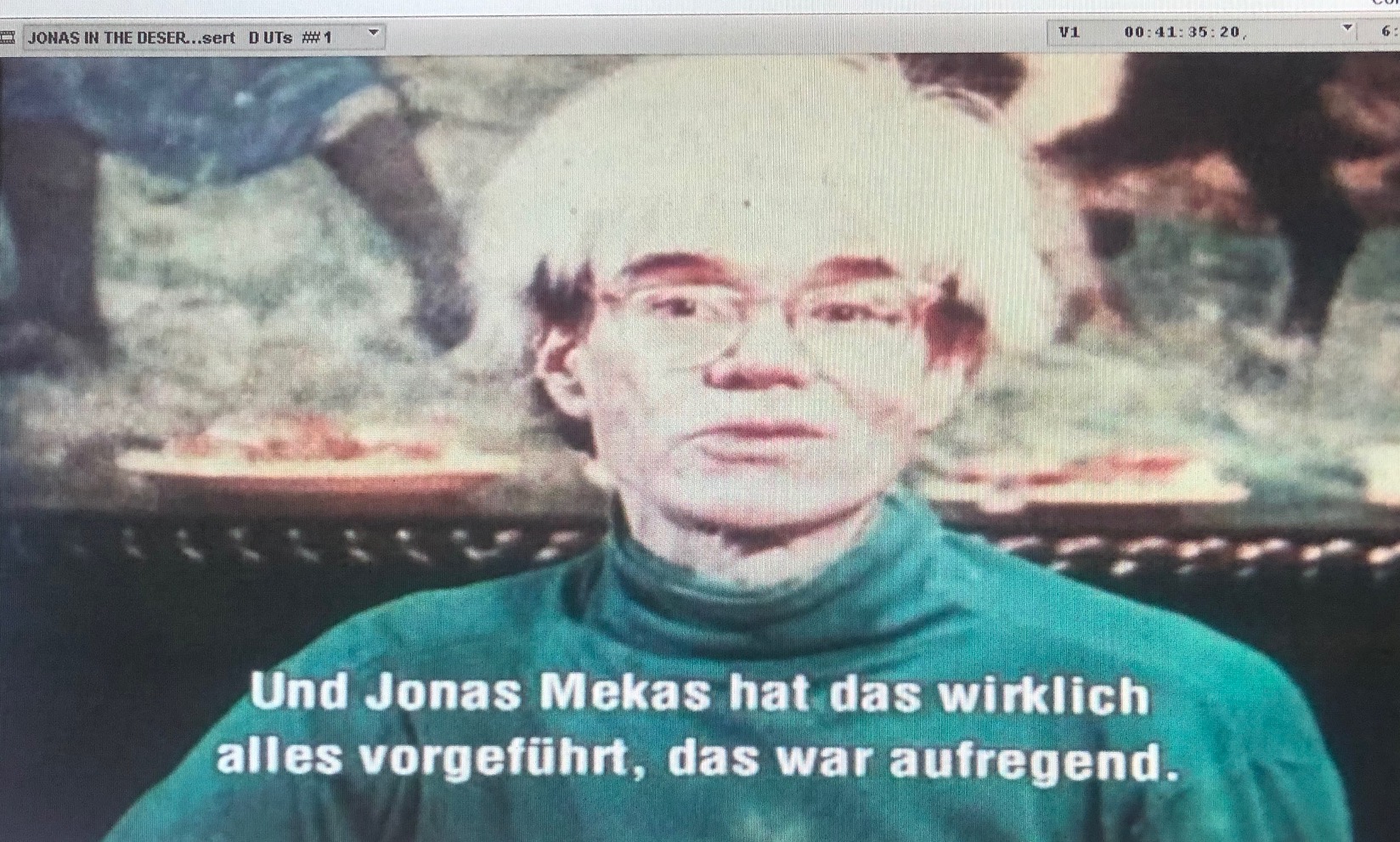 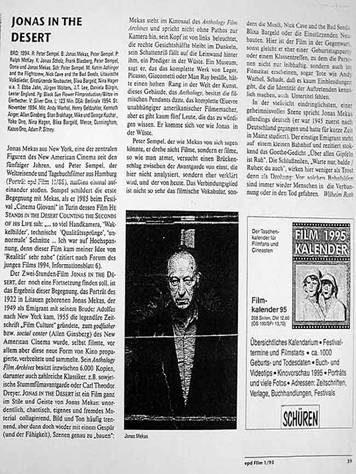 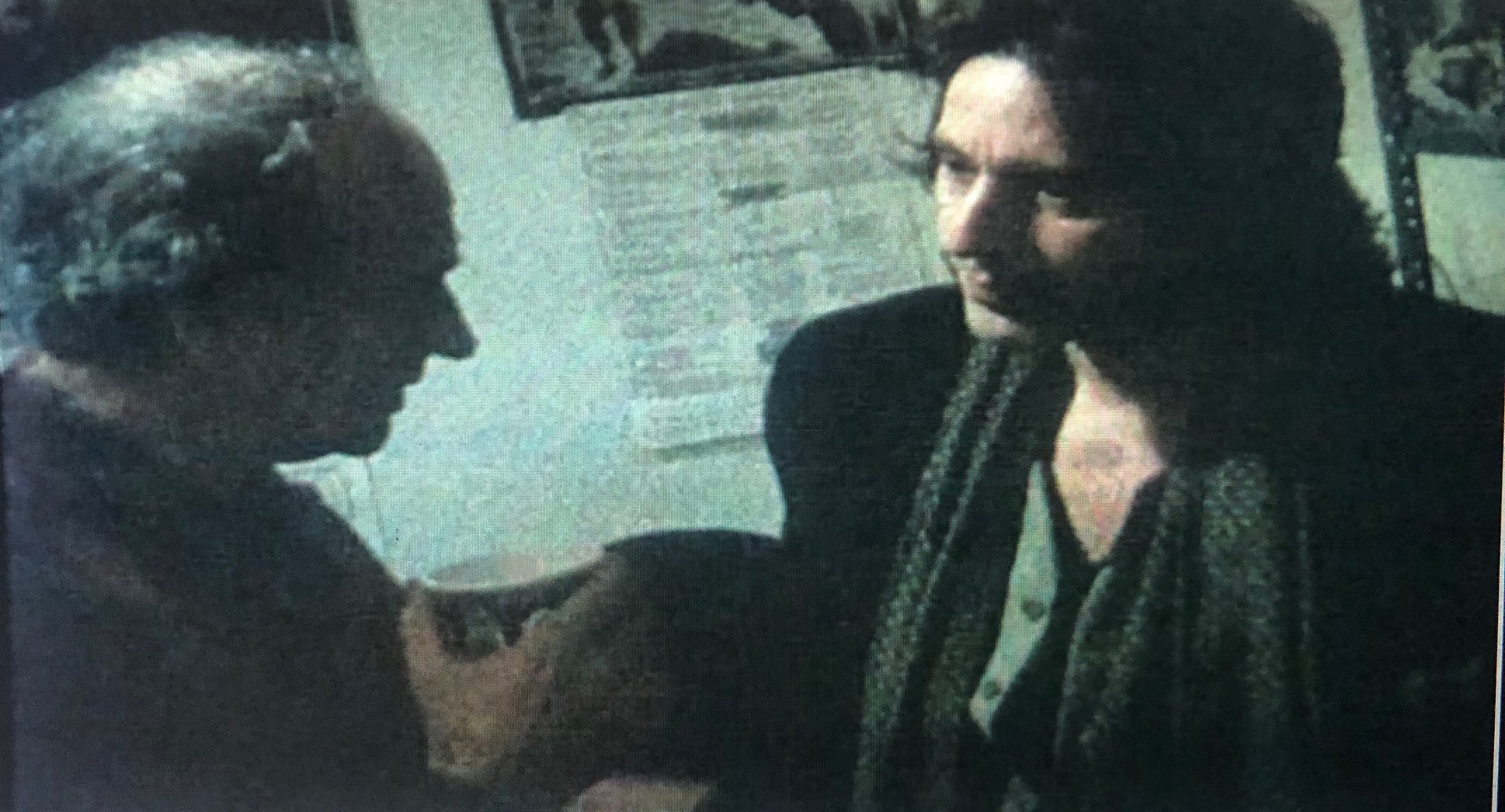 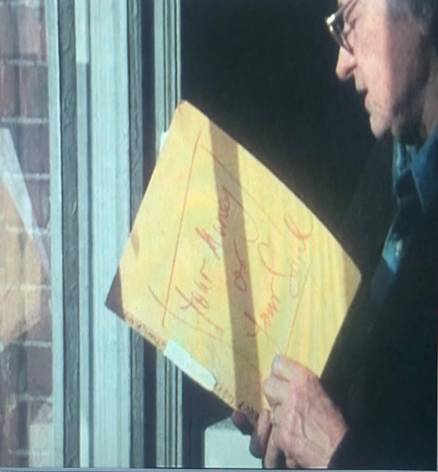 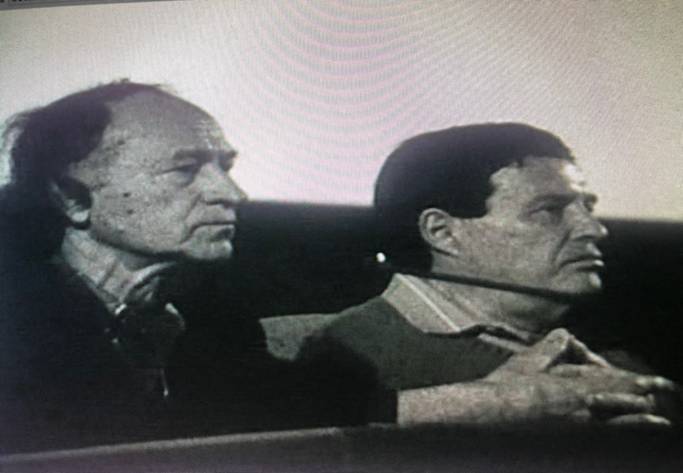 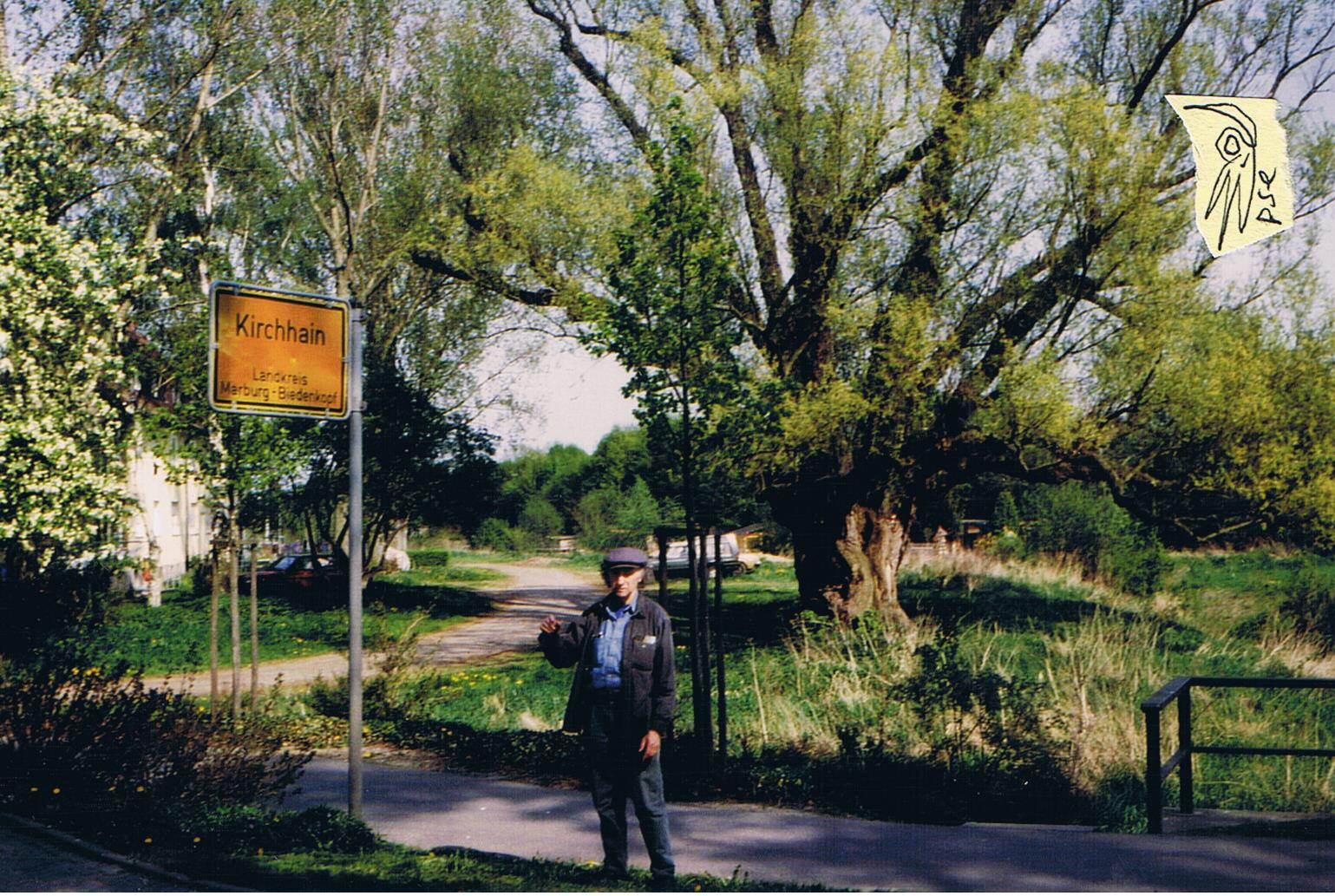 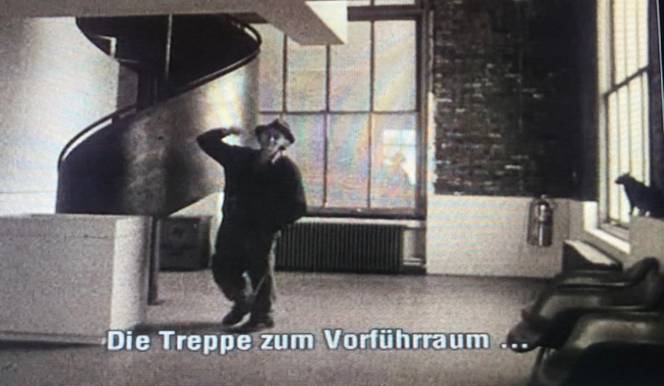 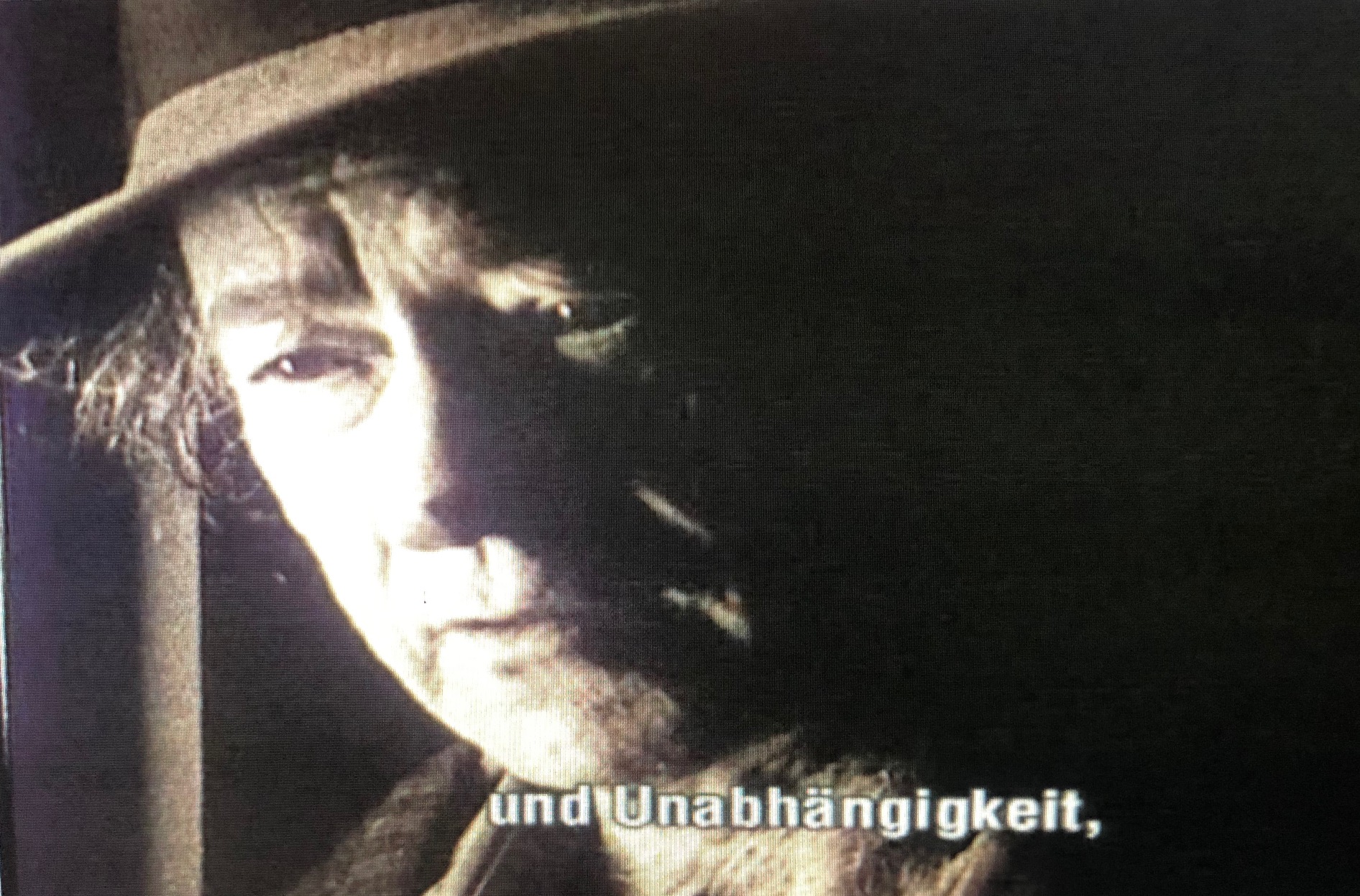 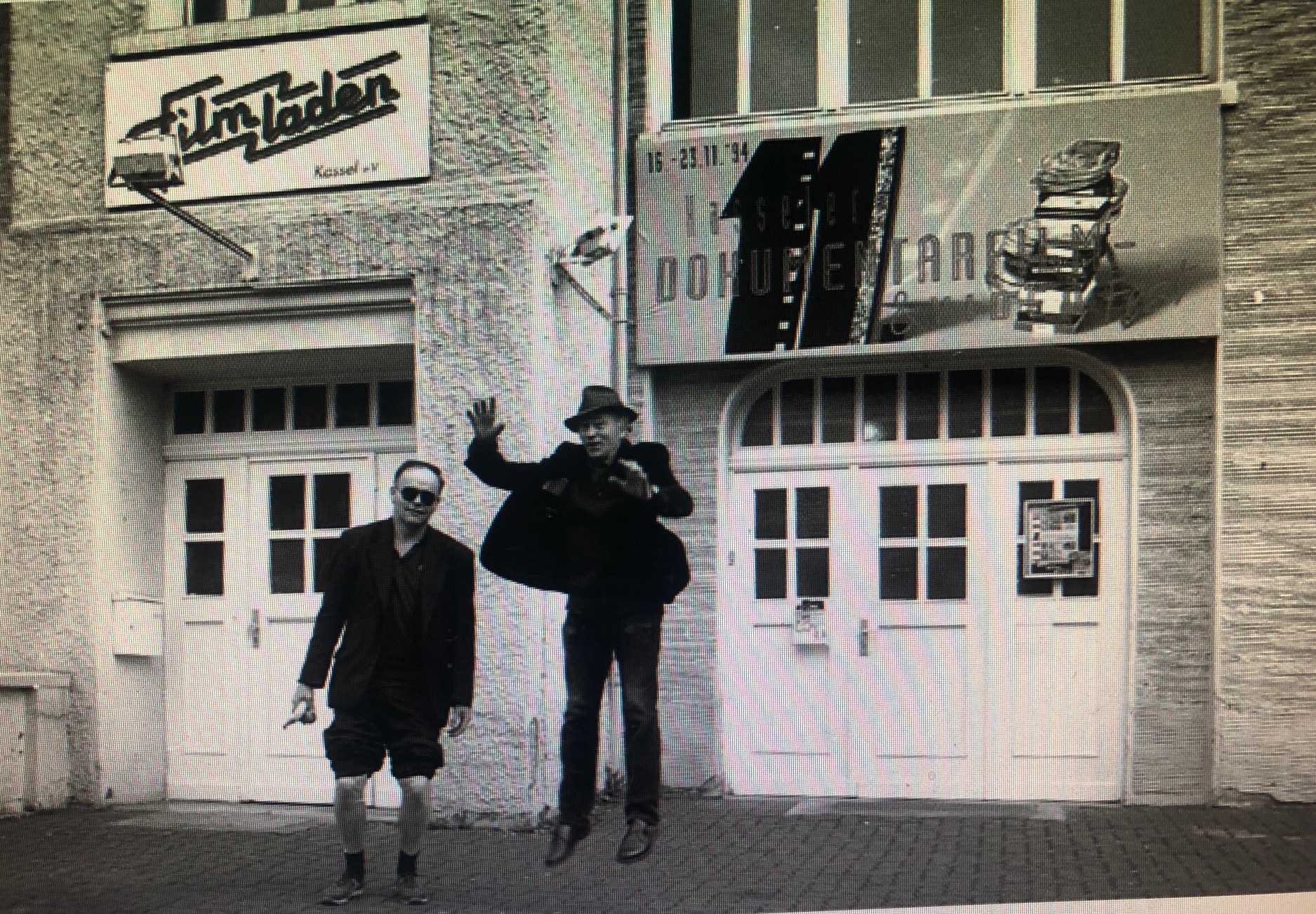